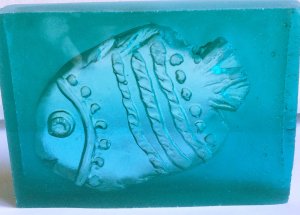 Moulds can be made in a variety of ways. If a lot of texture is required then a clay form is made first which then has liquid plaster cast over it. When the plaster is fully dried out then it can be used as a mould in which the glass can be placed prior to fusing.